What is racial profiling?

Racial Profiling refers to the discriminatory practice by law enforcement officials of targeting individuals for suspicion of crime based on the individual’s race, ethnicity, religion or national origin.

How Did Racial Profiling Begin?

Ever since slavery began, Black people have been racially profiled. In fact, the history of policing in America started with white men hired to find and return runaway slaves. The institution of slavery and the control of minorities, however, were two of the more formidable historic features of American society shaping early policing. 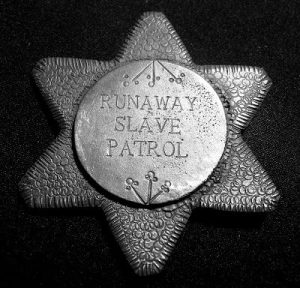 Slave patrols and Night Watches, which later became modern police departments, were both designed to control the behaviors of minorities. For example, in 1704, the colony of Carolina developed the nation’s first slave patrol. Slave patrols helped to maintain the economic order and to assist the wealthy landowners in recovering and punishing slaves who essentially were considered property.

The use of patrols to capture runaway slaves was one of the precursors of formal police forces, especially in the South. This disastrous legacy persisted as an element of the police role even after the passage of the Civil Rights Act of 1964.

Check the data. Racial profiling is often the reason a Black person may be suspected and stopped in the first place. Once a Black person in Des Moines, Iowa is stopped, they are: